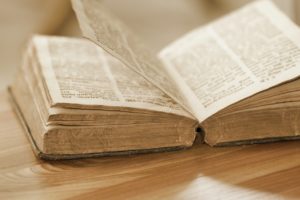 Faith declaration of the Free Evangelical churches in France

God, after having spoken to Israël people through His prophets, revealed himself perfectly in his son Jesus Christ. The Bible is the infaillible expression of this revelation. Founded on this Holy Scripture, in communion with the Universal Church and particularly with churches issued from Reformation, we declare our faith in these terms:

We believe in God, the Father, the Son and the Holy Spirit; one unique God eternally blessed. He has created heaven and earth, visible and invisible things, he made human in His own image. Man has rebelled against his God, thus incurring his wrath. Therefore, captive of lies, unable to serve his creator, humanity comes to perdition. But God, in His mercy, has not abandoned it to death, he sent his Son into the world.

We believe in Jesus Christ, born of the virgin Mary, true God and true man, the mediator of a new covenant by which truth and life are offered to men. He gave his life in sacrifice, once and for all on the cross. Offered Himself for our sins, he has resurrected for our justification. He is premices of our own resurrection. Raised at the right side of God, he is the only way of salvation.
We believe in the Holy Spirit who bears the truth and the life of the Son to whom the Father calls in His mercy and saves by grace. United by the Spirit to the risen Christ, we become children of God in the new birth. Justified freely through faith in Jesus Christ we are in peace with God.

The Church consists of those whom Christ has reconciled with God. Inhabited by the Spirit, it is the temple of God built by Christ. It is visible in local communities which, we believe, shall gather those who profess faith in Jesus Christ. After having personally responded to the call of God, they apply themselves to serve Him together, led by the Spirit of Christ and submitted to His Word.

The love of God being the source and foundation of our salvation, we want to love our brothers and sisters in Christ and proclaim the Gospel without which there is no salvation. We also want to love our neighbors by working for peace and justice, until the coming of our Lord Jesus Christ. For he will return to judge all creation and establish his kingdom. We look forward, according to his promise, new heavens and a new earth where justice shall reign. So is our hope.